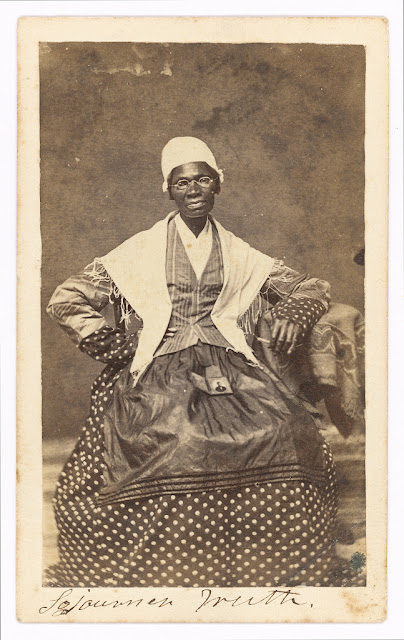 In this 1863 photo of Sojourner Truth (in the Library of Congress), she holds in her lap a photograph of James Caldwell, her 19-year-old grandson who was a soldier in the 54th Massachusetts. Another soldier in that regiment was Lewis Douglass, son of another famous Black abolitionist, Frederick Douglass.

Caldwell was apparently captured at Grimball's Landing, SC, on July 16, 1863, just before the regiment was temporarily removed from Montgomery's brigade command. He was exchanged in early 1865, before the war ended. How the rest of his life went is unknown, according to blogger Tim Talbott.

I found out about Caldwell last week while visiting a new state park named after Truth near Kingston, NY, where I gave my first talk for the new biography of Montgomery to the Ulster County Civil War Round Table. It was their first in-person meeting since the onset of Covid, and held in the county's legislative chamber. The next gigs (during which I'll throw in some Granger and Juneteenth, and maybe a little Grant) are May 19 to the Onondaga County Civil War Round Table in Syracuse, and May 23 in Manhattan to the Civil War Forum of Metropolitan New York.

I had never been to Kingston before, and had not realized a) that the British burned it in 1777 in a late, ineffectual effort to aid General John Burgoyne, and b) that George Washington's headquarters was not there but a considerable distance south, in Newburgh. Apparently, I have a lot to learn. 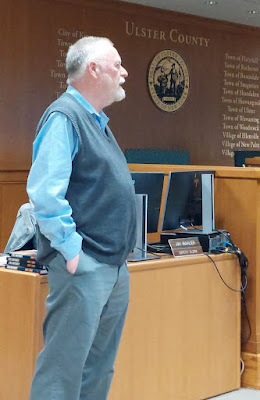