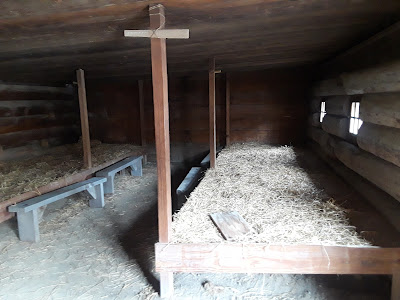 A layer of sod in the wall helped protect this barracks against cannon balls, according to one of the excellent guides I talked to Friday at Fort Stanwix National Monument in Rome, NY. It's a 1970s reconstruction of the Revolutionary War fort commanded by Col. Peter Gansevoort (who was grandfather to the writer Herman Melville). Fort Stanwix successfully resisted a British siege in August 1777, which contributed to the American victories 110 miles east at Saratoga in September and October. That northern campaign was the turning point of the war (and Benedict Arnold played a key role at both locations).
I think the sod is why they call it a casemate: 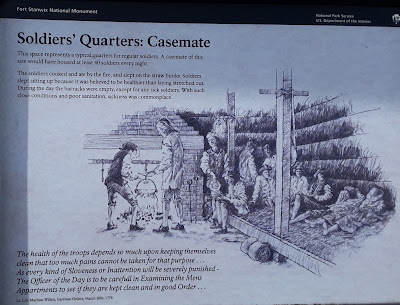 Casemate also is the name of the publisher of my two nonfiction books. (The historical novel The Last Circle of Ulysses Grant is published by Square Circle Press.) Those two biographies, of James Montgomery and Gordon Granger, have received a good joint review by Ben Powers in ARGunners Magazine -- which I appreciate.
The patient wife and I stopped at Fort Stanwix on our way back from Syracuse, where she snapped my picture pontificating (not singing an operatic aria) to the Onondaga County Civil War Round Table. 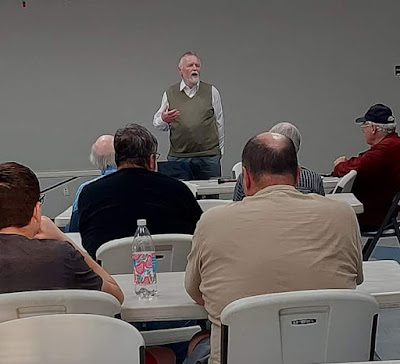 My next scheduled speaking gig is Monday evening in Manhattan at the Civil War Forum of Metropolitan New York.
at May 21, 2022
Share