An Interview on the Anniversary of Grant's Death 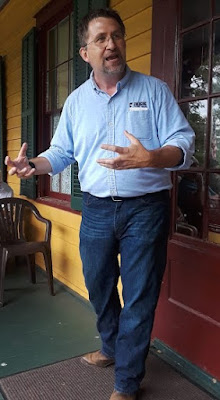 Thanks to Emerging Civil War Editor in Chief Chris Mackowski (shown here in a photo I took last summer on the porch of Grant Cottage), and to the spirit of Ulysses S. Grant, for this email interview released today on the 134th anniversary of Grant's death. It is about my historical novel The Last Circle of Ulysses Grant.
He asked good questions, which helped me explain what I was trying to do. Chris has, of course, written his own nonfiction account of Grant's last days, which I would recommend to anyone.
We both write about and in the shade of the last part of Grant's life and its product, the Memoirs, a great work of history, recollection and Americana. More broadly, anyone one who writes about the Civil War, or any war, operates in the shadow of those many people lost or damaged in it, to whom we owe a certain respect and reverence, without sentimentalizing away the truth of their experience -- as far as we can work it out.

Never Too Late for a Good Review 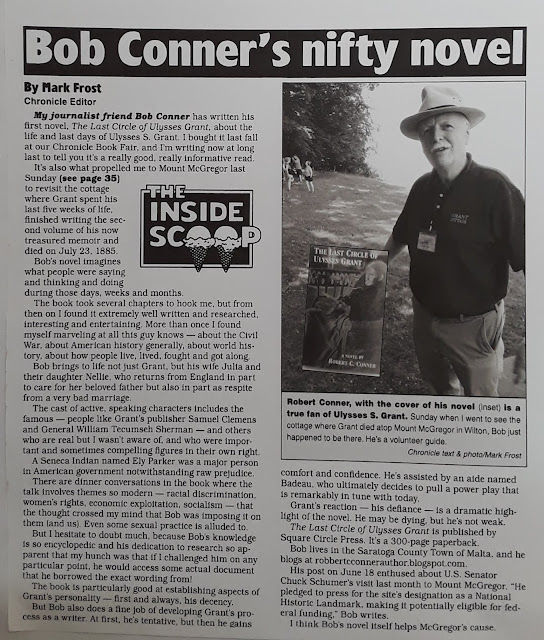 The Chronicle, where this was published yesterday, is a weekly tabloid newspaper out of Glens Falls, NY., with a circulation of about 30,000 at this time of year in Warren, Washington and northern Saratoga counties. (Actually it is from a slightly corrected PDF -- see next week's print edition where I think they will publish a letter from me.) It was founded and has been run for almost four decades by Mark Frost, with whom (as he indicates in the review) I have been on friendly terms for most of that time. I have also been a regular reader of the paper for many years, know some of its other staffers, and can attest that it is a far more ambitious publication than your average free weekly, with a much better product.
So I am obviously happy with this review, and like most authors in that position, genuinely appreciate the critic's insight into what I was trying to do. The delayed publication of it is probably a good thing, meaning it will be seen by more people now when Grant Cottage is open for the season.
And I've got an extended email interview about The Last Circle of Ulysses Grant coming up with the distinguished author and editor Chris Mackowski on his Emerging Civil War blog. I'll link to that here when it's published there, probably on July 23, the 134th anniversary of Grant's death.
Meanwhile, check out this week's Chronicle: 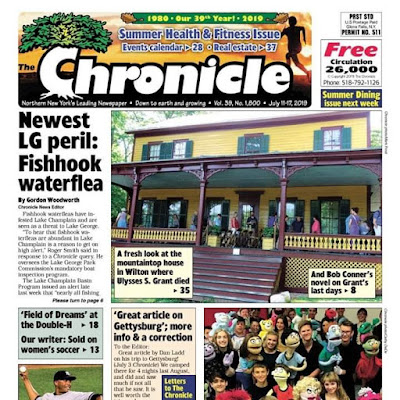