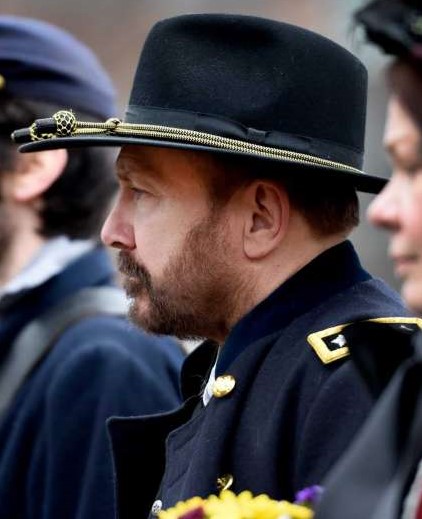 Bill Buell retires today after many years at the Daily Gazette, and will become Schenectady County historian. Here's a recent story of his about Steve Trimm, pictured above, a longtime key volunteer at Grant Cottage. I'm quoted in it, and am on friendly terms with both Buell and Trimm, but this story is not really about the Civil War. It is about the war in Vietnam, to where Trimm decided he would not be drafted, and how that decision shaped his life. 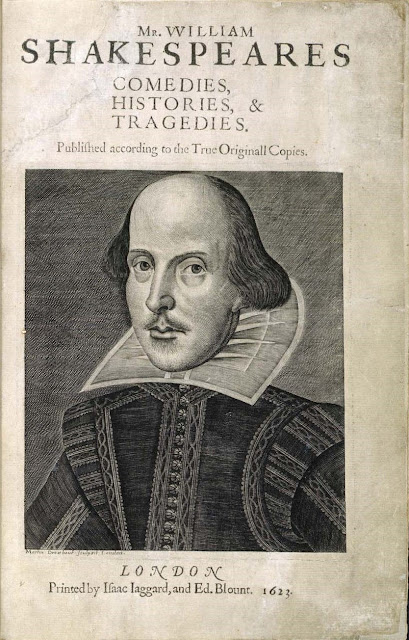 The 300th birthday of William Shakespeare fell on today's date in 1864, which may have brought it to the attention of Abraham Lincoln. Like Winston Churchill, Lincoln was both a lifelong reader of Shakespeare's works and a regular attender of his theatrical performances.  Having virtually no formal schooling, the president was a self-educated man, with the Bible and Shakespeare as the foundation of his learning.
The King James Version of the Bible, the one Lincoln knew, was translated when Shakespeare was alive, and English literature flourished as never before or since. Those sources schooled Lincoln in wisdom and style, and without them he would not have become a great American writer.
at April 23, 2019 No comments:

In God We Trust 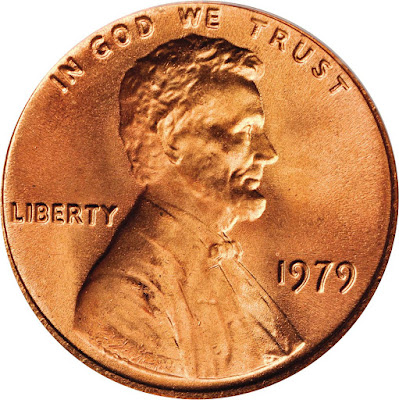 On this date in 1864 Congress adopted legislation providing for the words In God We Trust to be inscribed upon one-cent and two-cent coins. The bill was the handiwork of Treasury Secretary Salmon P. Chase, responding in part to public pressure. Chase was the leader of the abolitionist wing of the Lincoln administration, and the president would not long thereafter first accept his resignation, and then appoint him chief justice of the United States.
Lincoln also signed the bill, although he was a member of no church who for most of his career had the reputation of an irreligious man. He was, however, changing -- and had always been well read in the Bible. Lincoln's Second Inaugural Address came a year later, and is in my opinion the greatest speech ever made by an American precisely because of its profound religious analysis and sensibility.
More laws were passed over the years extending the practice, culminating in 1956 with the establishment of In God We Trust as the national motto of the United States. That bill was signed by President Eisenhower, two years after he had signed one adding the words "under God" to the Pledge of Allegiance. Such measures drew little opposition in the 19th and 20th centuries, but might prove more controversial today.
at April 22, 2019 No comments: 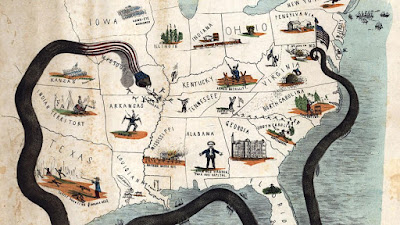 Six days after the fall of Fort Sumter, on today's date in 1861, Lincoln imposed a naval blockade on the seceded states. This was part of the so-called Anaconda Plan of General Winfield Scott, much mocked at the time by those who demanded a swifter route to victory. Scott, who had played a major role in the past half-century of American military history, was old and wise enough to take a longer view -- so old that he would soon be pushed into retirement, and would see a man named after him, Winfield Scott Hancock, become a significant Union general in the Civil War. He would also see the Anaconda Plan, as designed, squeeze the life out of the Southern Confederacy.
Robert E. Lee, a key aide to Scott in the Mexican War, who spurned his offer to take command of US forces in 1861, was to become the war's pre-eminent battlefield tactician, repeatedly frustrating Union hopes. Grant, like Scott and William T. Sherman, was an acute strategist.
Scott never fought a Civil War battle, but the Union's western armed forces, in which Grant and Sherman served, were carrying out his Anaconda Plan plan when they took control of the Mississippi River by the middle of 1863. Sherman was not as good a battlefield general as his subordinate George Thomas (who, like Scott, was a Union-loyal Virginian). It was Grant's combination of leadership qualities, including his mastery of tactics and strategy, that made him the war's greatest general.
at April 19, 2019 No comments:

Lincoln in the Bardo 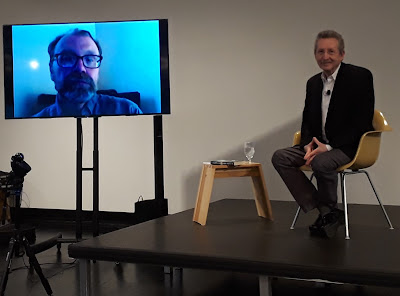 George Saunders, left, and Donald S. Lopez Jr. discuss Saunders' novel Lincoln in the Bardo on Tuesday evening at the Tang Museum, Skidmore College, Saratoga Springs. It was the first of three evening events linked to an exhibit of Tibetan Buddhist art. (The Tang web site says it closes at 5 p.m., but that's apparently not so this week, and you can view the art in the evening.)
Lopez is a Michigan professor specializing in Buddhism whose works include a "biography" of The Tibetan Book of the Dead.
I haven't read Saunders' novel, but it is about Abraham Lincoln and his 11-year-old son Willie, in the aftermath of the latter's death on Feb. 20, 1862, probably from typhoid. Bardo refers to a Buddhist belief about the state of deceased souls who have not yet been assigned a new role such as reincarnation.
On today's date, April 16, 1862, Lincoln signed a law abolishing slavery in Washington, DC, and compensating the slaveholders. This was months before the Emancipation Proclamation and years before the 13th Amendment. Lincoln, though a lifelong opponent of slavery, would not yet have described himself as an abolitionist, but this was his first substantive step in that direction. His reluctance stemmed at first from anxiety to avoid civil war, and then from the need to appease Unionist supporters of slavery in key border states such as Kentucky and Missouri.

Saunders was able to interact with Lopez and the audience via video, so I was able to argue with him briefly about current Catholic doctrine, which I maintained envisages a less static afterlife than he had claimed. Still, the book sounds interesting and I may read it. We Civil War-era historical novelists gotta stick together. The other Tang events are also interesting, and free. I may go back Wednesday for Laurie Anderson.

Like the subject of my last post, Quincy Gillmore graduated first in his class at West Point and served in the US Army during the Civil War, but is little known today.
Promotion came slowly, and he was still a captain on this date in 1862, in the middle of the two-day Battle of Fort Pulaski. (Wikipedia, which is usually pretty good, errs in dating his promotion to brigadier general before the battle, as can be seen here and here.)
Despite Gillmore's relatively junior rank, his siege guns and engineering expertise played the key role in the victory, forcing the Confederates to surrender on April 11. The battle enabled the Navy to enforce the blockade of Savannah for the rest of the war (or rather until Sherman captured the city before Christmas in 1864).
Just under a year after Fort Pulaski, in his first independent command, Brig.-Gen. Gillmore defeated Confederate raiders at the Battle (or skirmish) of Somerset, Kentucky.
Promoted to major general and command of the Department of the South, Gillmore launched two costly and unsuccessful assaults on Fort Wagner near Charleston in July 1863. Reverting to siege warfare, he captured the fort in September. Like many others he feuded with Maj.-Gen. Ben Butler, and his wartime service petered out.
Gillmore's son and grandson were career officers in the US Army, and his great-grandson served in World War II.
at April 10, 2019 No comments: