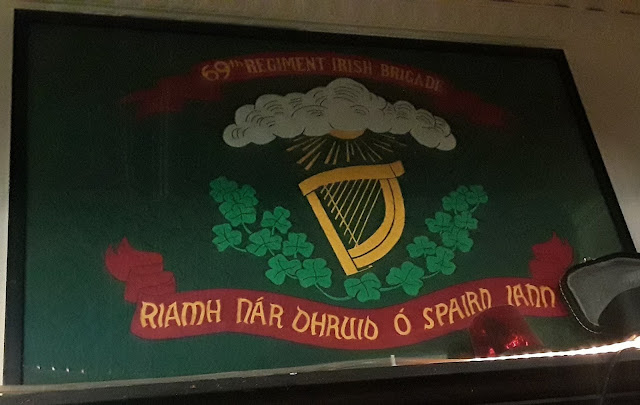 Saw this at McGeary's last night, in downtown Albany, NY. The Irish translates, Who never retreated from the clash of spears -- though it was bullets and shells with which the regiment's soldiers contended at Malvern Hill, Antietam, Fredericksburg and many other engagements unto the 21st century.
McGeary's hosts Skip Parsons' Riverboat Jazz Band on the second Monday of the month. They make fine music, and the joint has good hospitality, ale and food.
It is also located next door to the home of the teen-age Herman Melville (on the left in the photo below, while that's my wife in the doorway of McGeary's). Melville's family was of Scottish and Dutch heritage, with both of his grandfathers prominent in the American Revolution. He lived in Albany until the family fell on harder times and they had to move to nearby Lansingburgh. As an adult, he could not support his own family as a novelist or lecturer, nor as a Civil War poet, so in 1866 embarked on a 19-year career as a customs house clerk in New York City. As he approached retirement from there, he may have bumped into a more recent employee, Vladimir Krzyzanowski. 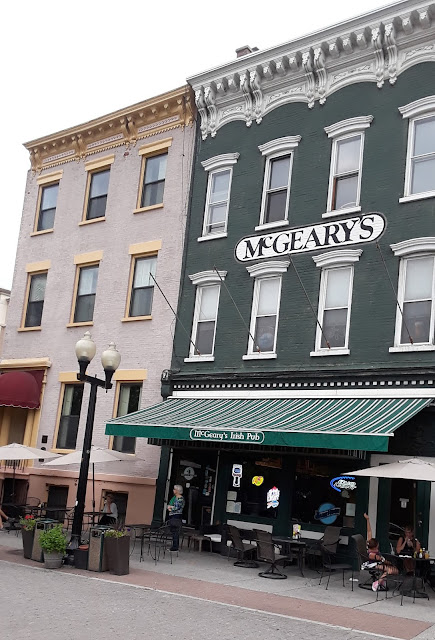